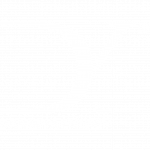 In a race, (see picture), athlete Abel Mutai representing Kenya, was just a few feet from the finish line, but he was confused with the signage & stopped thinking he had completed the race.

The Spanish athlete, Ivan Fernandez was right behind him & realizing what was happening, he started shouting at the Kenyan for him to continue running; but Mutai didn’t know Spanish didn’t understand. Then the Spanish pushed him to victory.

A journalist asked Ivan, “Why did you do that?”

What would my Mom think of that?”

Values are transmitted from generation to generation.

What values are we teaching our children?